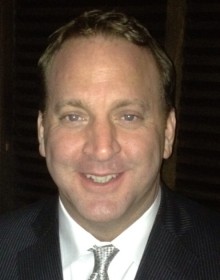 Hal Divine was a long time Memphian who has always wanted to move to the Gulf Coast of Destin and finally took the plunge six years ago. His background has been in residential lending and he worked for several banks in Memphis–Financial Federal Savings Bank was his first bank followed by SouthTrust Bank. He was later approached by First Trust Bank (which is now Magna Bank and associated with Crye-Leike in Memphis). This move allowed Hal to develop a relationship with many realtors of Crye-Leike and to develop lasting relationships for future use.

Upon his move to Destin, Hal participated in acquiring lots in various spots and developing houses. Hal then moved on to another project which involved acquiring land, developing infrastructure, and assisting in the sale of lots. Over the years Hal has built a database of names–most who have been his clients in some form or fashion. As we all know there is a huge presence of Memphis money in the Destin market, and hopefully, Hal will be able to use his old resources and previous clients to streamline his business into success along the coast of Destin. Hobbies–Hal likes any sports and tries to stay healthy himself.